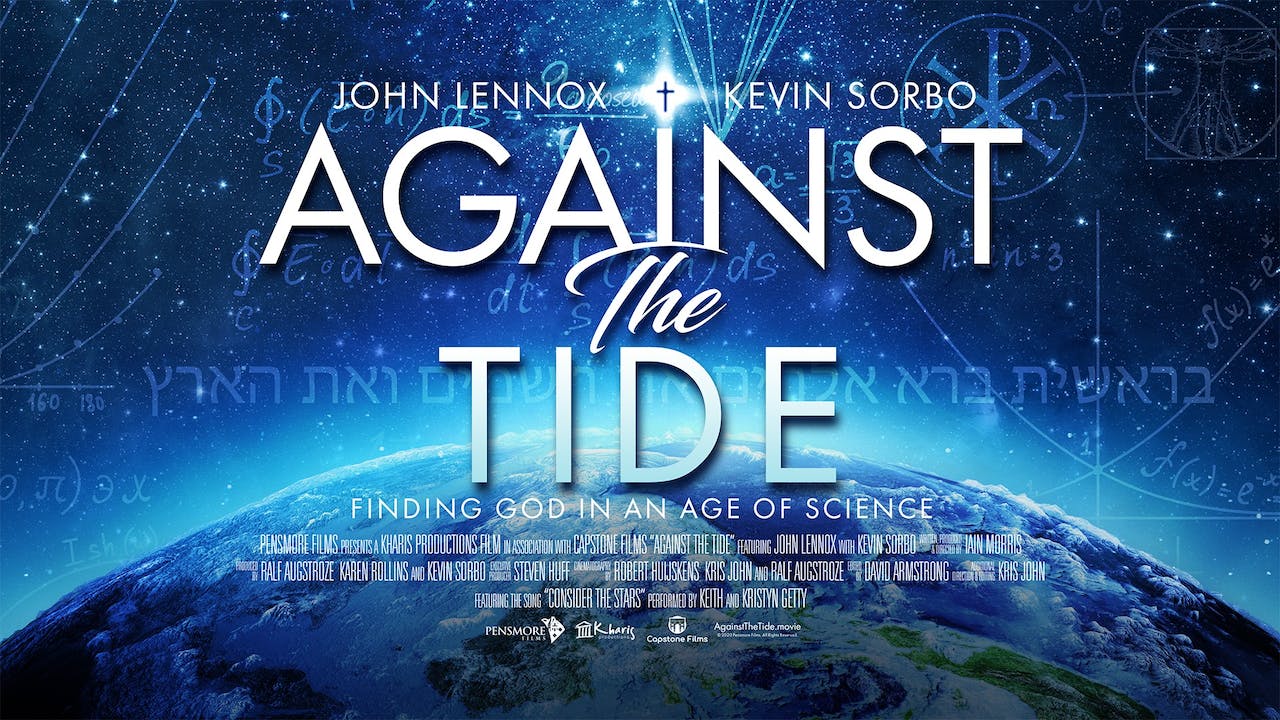 Against the Tide is a travelogue, an examination of modern science, an excursion into history, an autobiography, and so much more. But at its heart, it is the story of one man’s daring stand against the tide of contemporary atheism and its drive to relegate belief in God to society’s catalogue of dead ideas.

Dr. John Lennox—esteemed Oxford professor, mathematician, and philosopher of science—along with veteran Hollywood actor, producer and director Kevin Sorbo journey from the university hallways of Oxford and Cambridge to the Holy Land to explore the intersection of science and Christianity, and the evidence on which Lennox’s Christian faith stands firm.

Along the way Prof. Lennox recounts his scholarly travels in the Soviet Union, and adds that experience to his debates with prominent atheists, including Richard Dawkins, Christopher Hitchens, Lawrence Krauss, and Peter Singer.